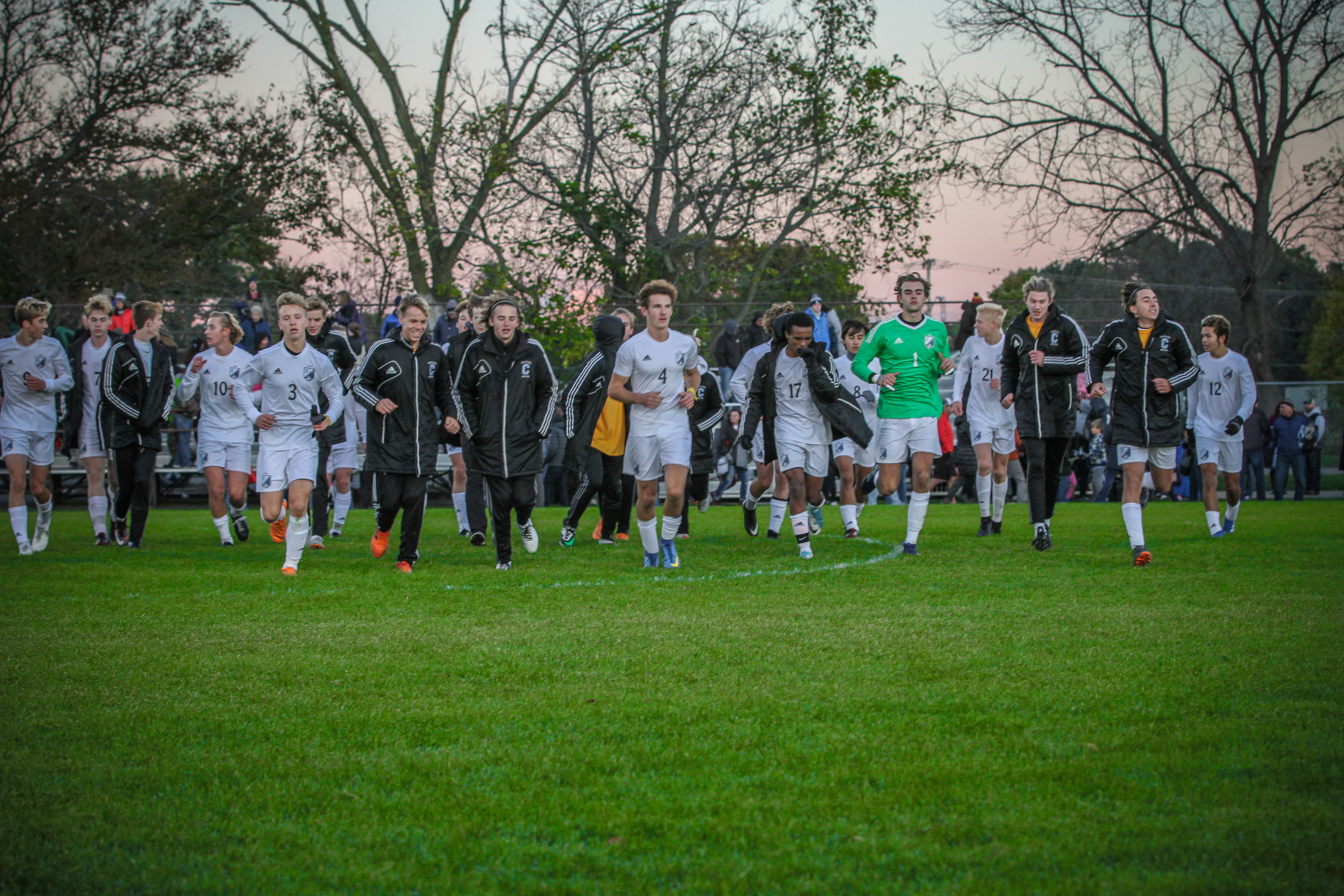 In heartbreaking fashion, the Varsity Soccer team lost in a PK shoot out after a 0-0 tie through regulation and two overtime’s. Despite possessing the ball and having several scoring chances, the Eagles could not find the back of the net, leaving the game to Gull Lake. The Eagle defense, along with Daniel Wunder in goal, got thier 19th shutout of the season. GR Christian wraps up a 22-1-1 season with 99 goals for and only 5 against along with a OK Gold conference championship and District championship.