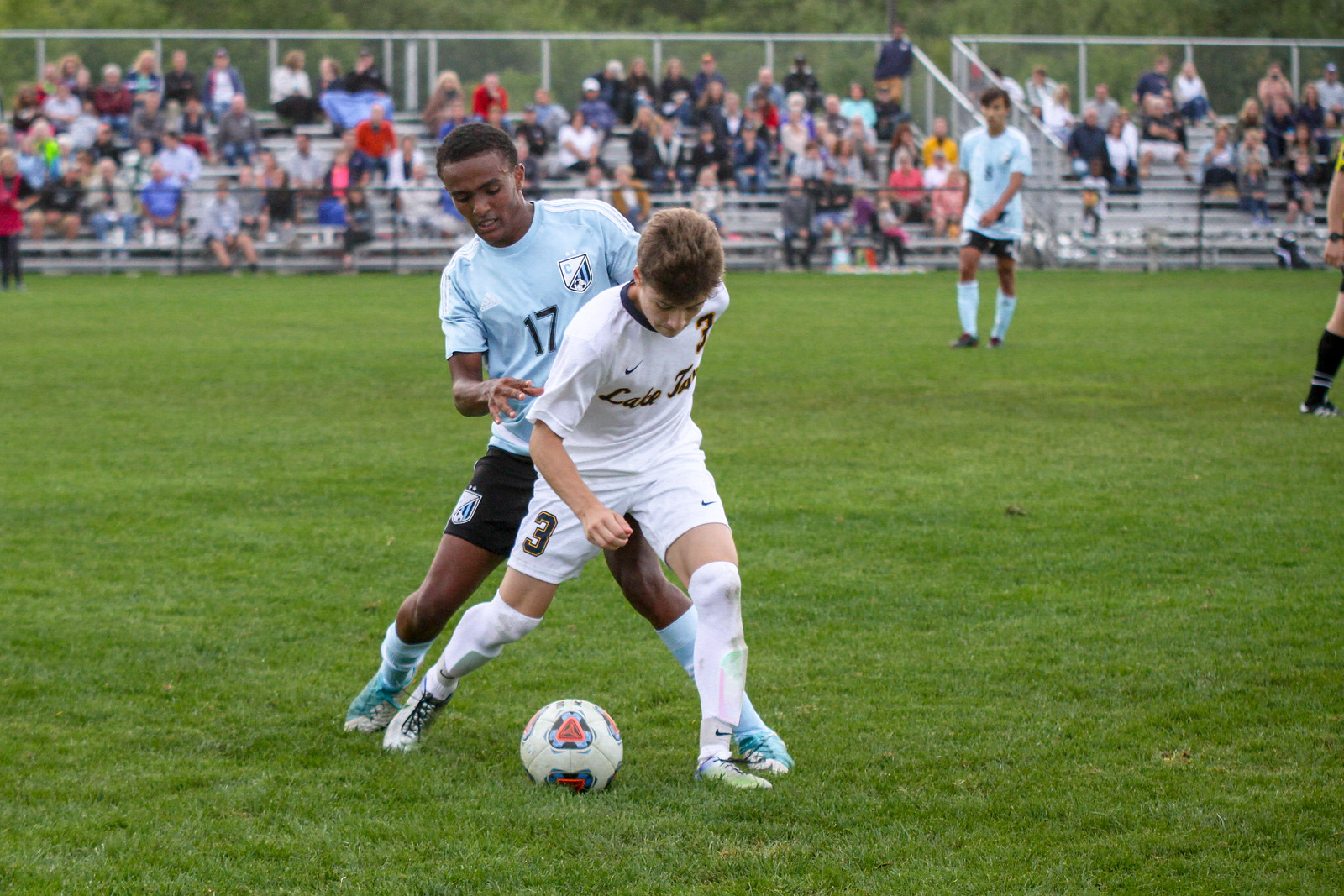 The Eagles traveled to EGR Tuesday night and brought back the Memorial Cup and a Conference Championship. The Eagles had to fight hard through a tough Pioneer side but were able to break through with Jack VanGoor finding Trey McBride back post for a one time finish. The Eagles would take that 1-0 lead into halftime. After the half, both sides saw their share of chances. Tommy Visser finally found the back of the net on a free kick earned by Aaron Grossman. Daniel Wunder and the Eagle defense would defend the shutout, clinching their 3rd straight conference championship and taking home the rivalries Memorial Cup.