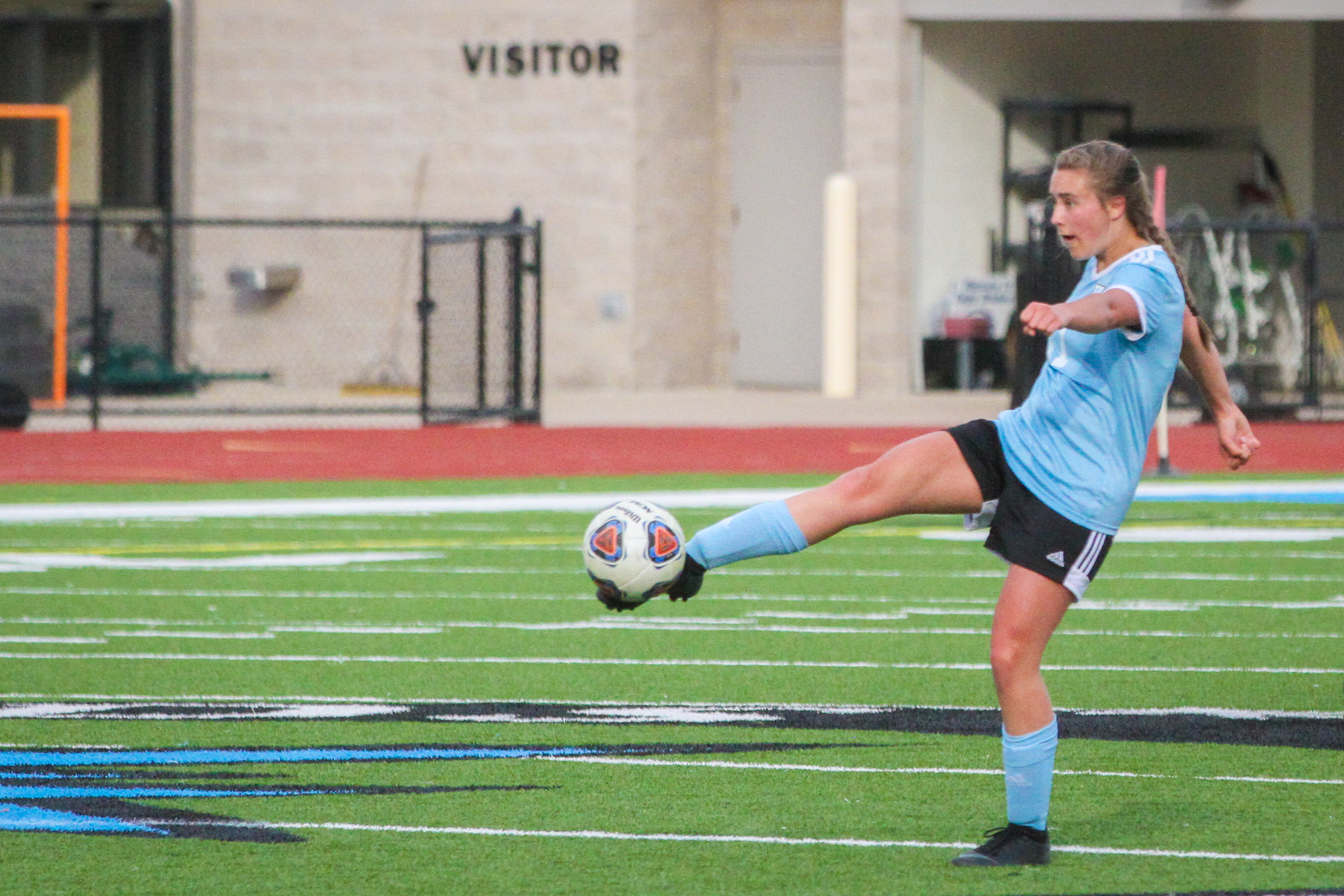 The Girls Varsity Soccer team squared off with a strong non-conference opponent on Friday night at Eagle Stadium. The Eagles started out with their trademark high-pressure defense and started creating scoring chances early. Midway through the first half, a long throw-in from Elizabeth Williams was headed into the goal by Mary Grace Doyle to open the scoring. The Eagles held their 1-0 advantage through halftime.

Five minutes into the 2nd half, the Eagles struck again, this time on a long distance shot from Williams that found the far corner of the Plainwell net. With the field tilted toward the Eagles, Plainwell managed to take advantage of an Eagles miscue to tally their first goal of the game, breaking through the Eagles defense and placing a shot past Eagles goalkeeper, Cami Rushlau. Midway through the 2nd half, the Eagles respondedwith Williams breaking through again to score her 2nd of the game, pushing the lead back to two goals. Plainwell capitalized on one of only a few mistakes by the Eagles backline to score a similar goal to their first with less than 15 minutes remaining in the match.

With the Eagles holding a one-goal advantage, the play intensified for the final 15 minutes with the Eagles absorbing the attacks from Plainwell and finding space behind the Plainwell defense to create several good scoring chances. After an strong effort from both teams, the Eagles ended the match with a well-earned 3-2 victory, moving their record to 12-4 on the season heading into their final conference match on Monday.

The Eagles wrap-up their conference season with a chance to clinch the OK Gold Championship on Monday night. The game will be played at 7:30 pm against Wayland at Eagle Stadium.