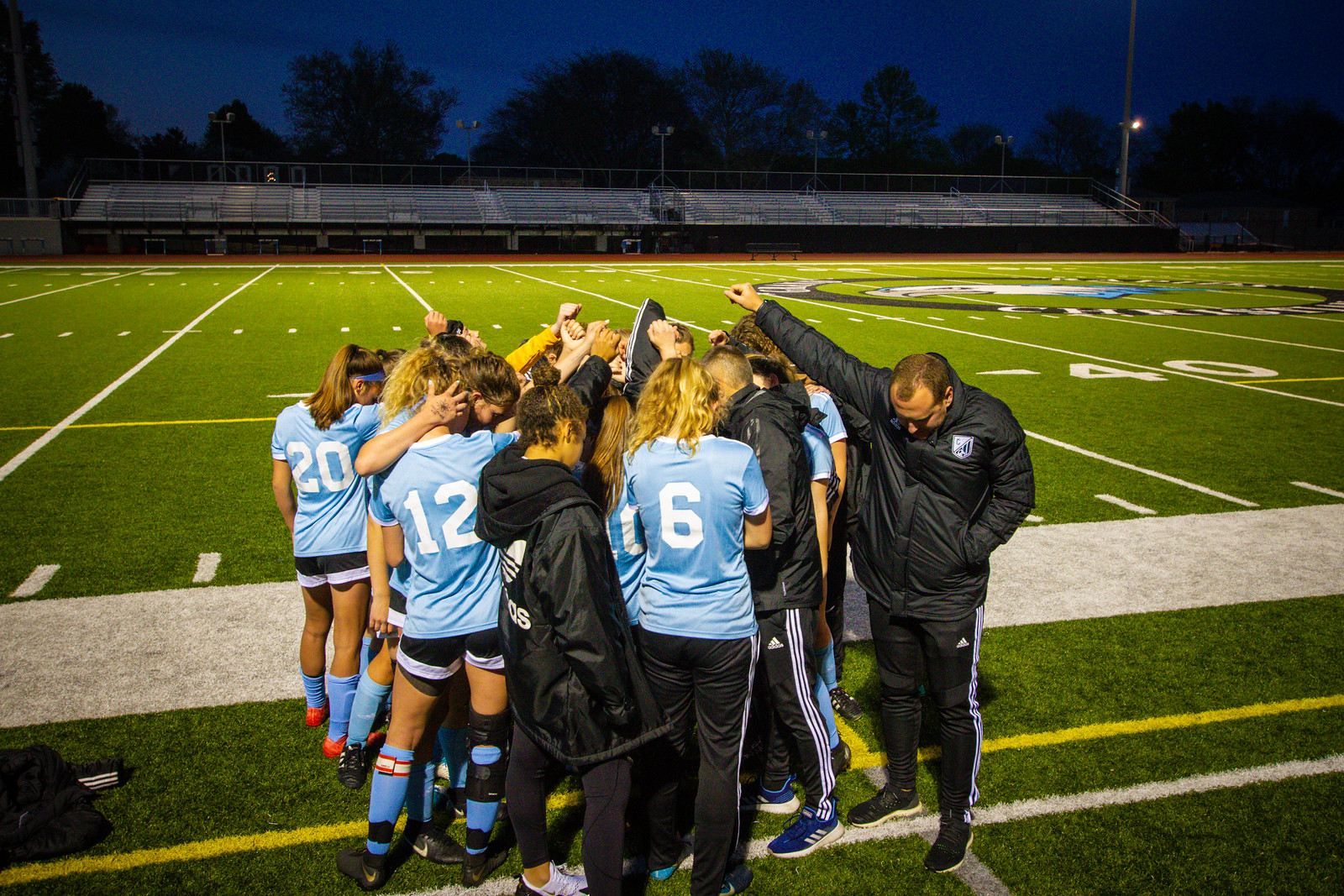 The Girls Varsity Soccer team fell to a surging Wayland team Friday night in the District Finals by a score of 2-1. The Eagles were facing their second conference opponent in three days. Wayland, who had upset Byron Center on Wednesday evening, came out strong and grabbed an early goal from the Eagles on a free kick the resulted in a breakaway. The Eagles clawed back into the game, responding with a goal by Kailynn Grieve (freshman) assisted by Liv Brunink (freshman) with 20-minutes to go in the first half. An odd play in the Eagles defensive end resulted the ball being played in front of the Eagles’ goal where a Wayland attacker poked in the go ahead score.

The Eagles came out strong in the 2nd half, controlling the possession and creating multiple scoring opportunities resulting in near misses, forcing some good saves from the Wayland goalkeeper and hitting the goal post twice. Unfortunately, the Eagles were not able to convert the needed goal to force overtime and were knocked out of tournament.

The Girls Varsity Soccer Team ended their season with a 15-5 record including an 11-1 record in the OK Gold Conference, good enough for a Conference Championship. All this was made possible with the strong senior leadership of Ana Mucci, Mary Grace Doyle, Kenzie Campbell, Jaidyn Kuiken and Emily Nelson. With a strong core of returning players and a successful JV team, the Girls Soccer team is excited for the opportunities in the 2020 season.