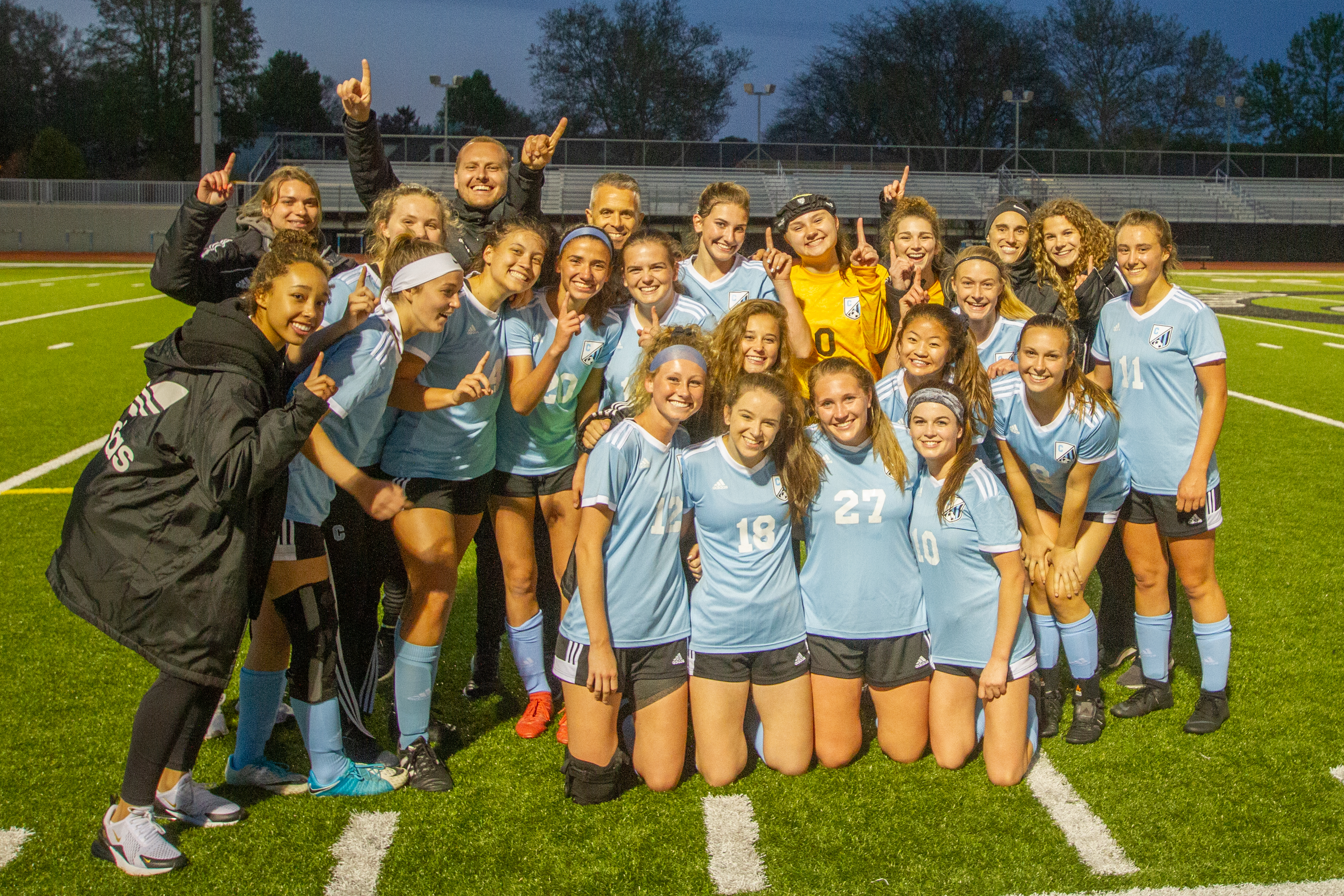 The Girls Varsity Soccer team hosted Wayland on Monday night to wrap up conference play. A win would clinch the OK Gold title for the Eagles and they came out soaring. The aggressive attacking play by freshman Liv Brunink drew an early foul in the penalty area resulting in a PK that junior Elizabeth Williams converted to open the scoring. Just three minutes later, Williams returned the favor on a long thrown in that Brunink tucked away in the Wayland goal. Brunink was feeling impatient and scored again in the 9th minute on a pass from Williams to make the score 3-0 less than 10-minutes into the match.

Wayland continued to play a counter-attack game kicking long balls into the space behind the Eagles defense and were able to create a breakaway opportunity the resulted in a goal in the 17th minute. The score stayed 3-1 at the end of the first half.

The second half opened with a renewed defensive commitment by the Eagles to take the long ball away from Wayland and maintain possession of the ball in the attack. The chances for the Eagles started coming quickly and regularly. With 20-minutes remaining in the half, Williams struck again on a loose ball the came out of the penalty area from an Eagle attack. With the game under control, the Eagles continued their relentless play, eventually resulting in Williams’ third goal of the match with just 6 minutes remaining.

The final scoreline put the Eagles ahead 5-1. With the win, the Eagles claimed the outright conference OK Gold Championship with an 11-1 conference record.

The Eagles begin post-season play on Thursday afternoon at Eagle Stadium against Ottawa Hills. Kickoff is scheduled for 4:30 pm. The winner of this match will continue on to the District semifinals next week hosted by Byron Center.