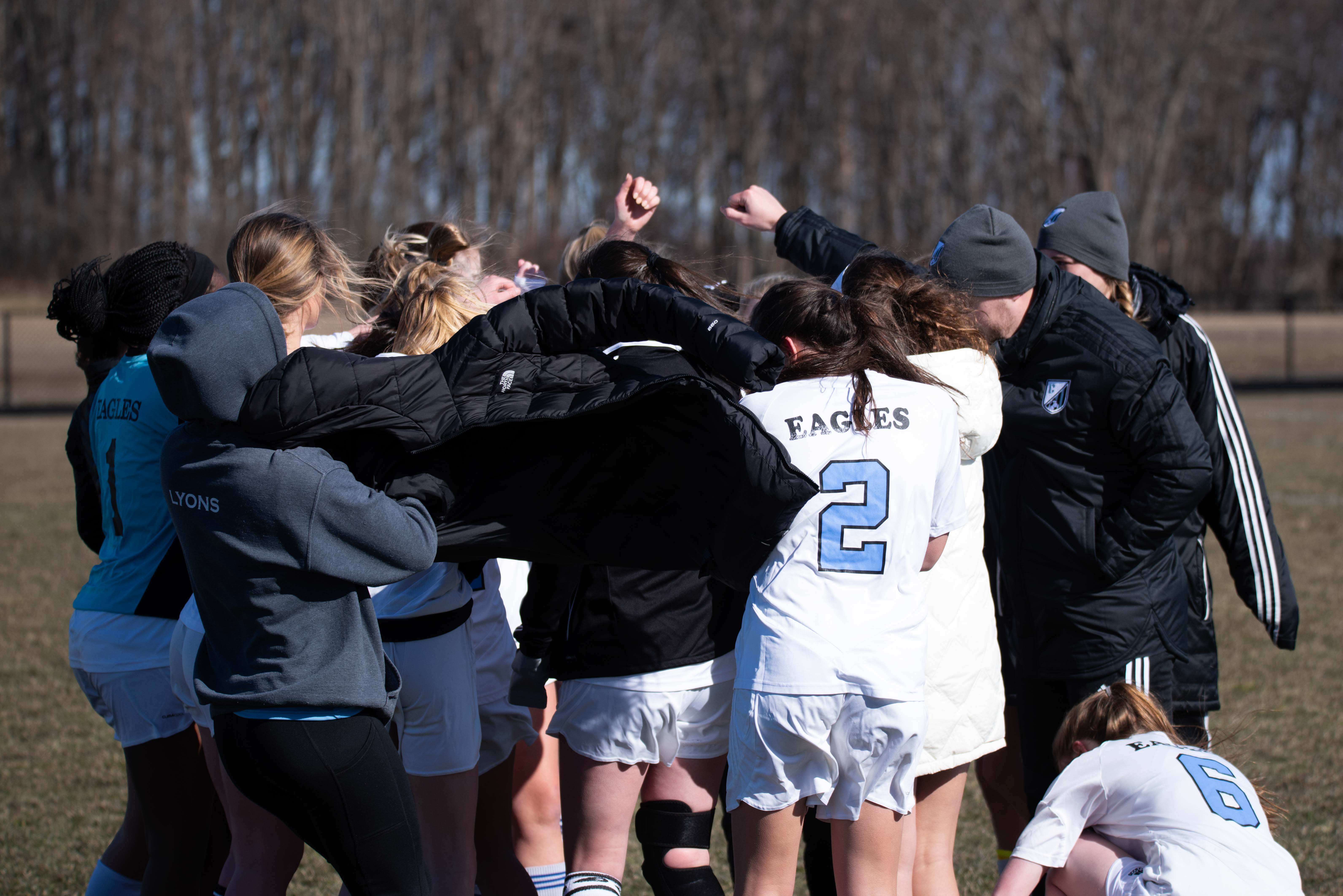 The Eagles hosted Thornapple-Kellog Wednesday evening and secured a shut-out. The howling wind played a major factor in Wednesday’s friendly and both teams struggled to maintain long-term possession. The previous match-up against the two squads resulted in the Eagles only tie of the season.

Despite the conditions, the host squad showed incredible physical and mental GRIT to shut-out the only team in conference play they had yet to beat.

Despite mounting pressure in the second half, Jess Larsen, lead the defensive backline along with goalkeeper, Kalya Lyons, to a second-half shutout. This marks the 8th time this season the Eagles kept their opponent at 0.

The Eagles nailed in the victory as leading scorer, Lauren Hart, finished in the box for a final 2 – 0 result. With the victory, the Eagles now stand 7 – 1 -1 in conference play.