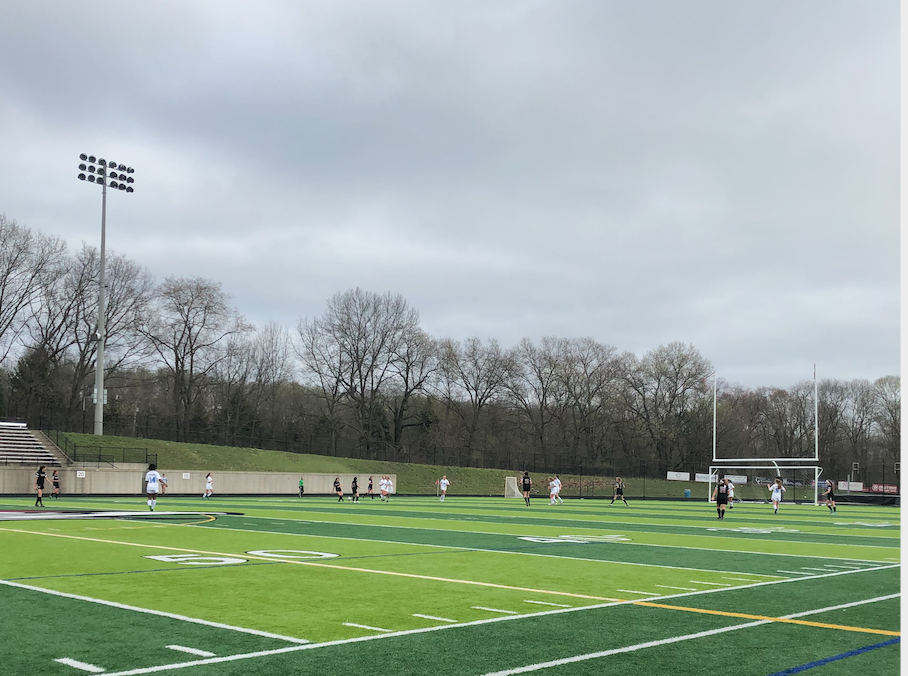 After a week-long break, the Eagles returned to match play on the road against Forest Hills Eastern Wednesday night. The first five minutes of play were a bit back and forth as both teams grappled for possession. However, it wasn’t long before the Eagles began having their best passing game of the season.

From forward to goalie, the squad connected passes and found space. It was this combination play that resulted in the first half two goals: Lauren Hart assisted Ava VanOtteren and then Ava assisted Lauren.

The second half started a bit like the first—both teams shaking the dust off before finding passes. Eventually, possession fell back to the Eagles and they passed with precision to score four more goals to round out the evening. Claire and Emma Hart had wonderful shots that found the corners. Jojo Burgess assisted Lauren Hart for her 4th hat-trick of the year and Jessica Larsen found Ava Vanotteren for a final goal.

With the victory, the Eagles move to 6 – 0 – 1 in conference play. They next tackle Northview (non-conference) on Friday.