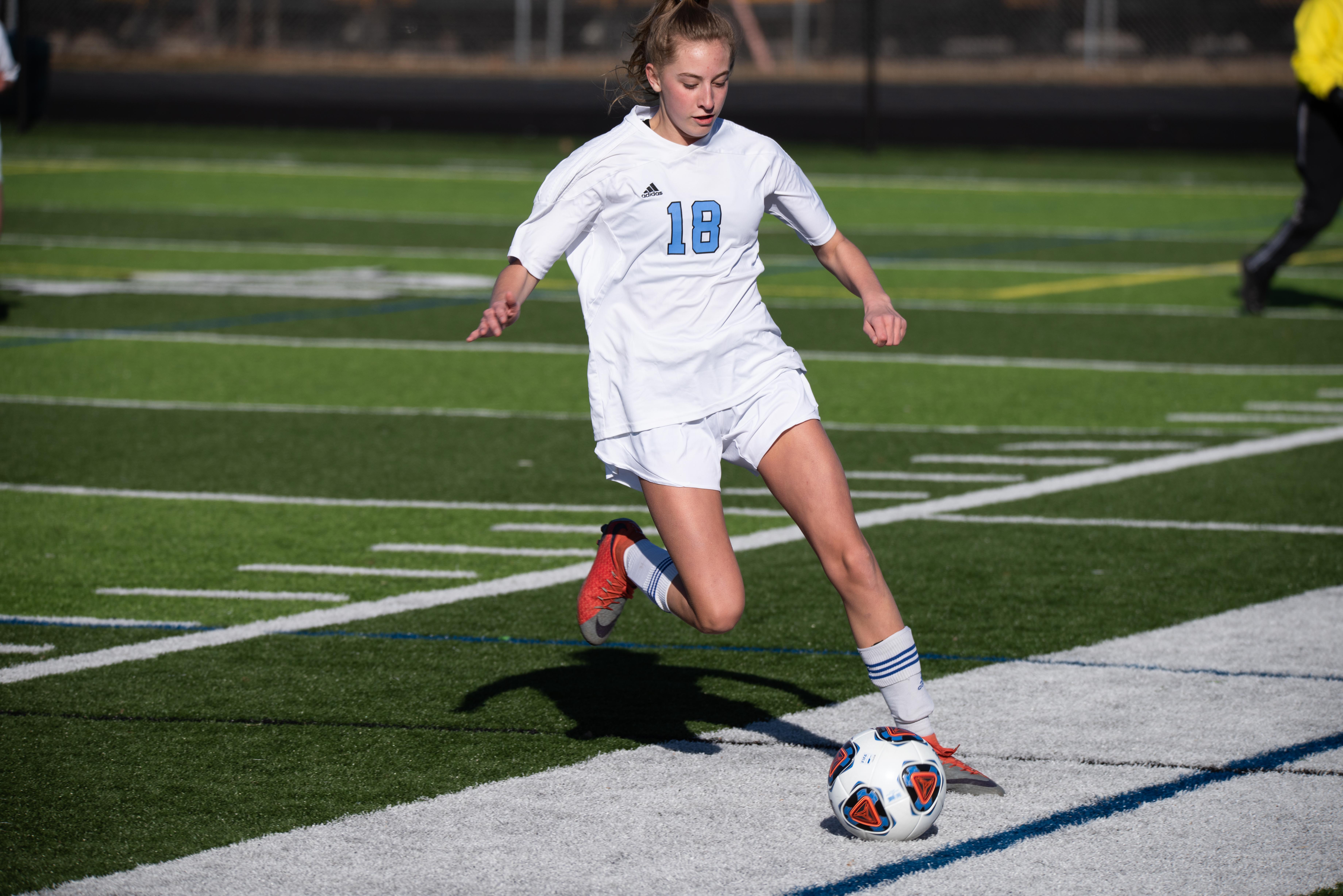 The Eagles played their best match of the season Wednesday night as they hosted East Grand Rapids at Eagles Stadium. From the kick-off, the Eagles dominated possession and played dangerous through-balls that gave them chances early and often.

The first goal was a product of Emma Hart finding her sister, Lauren Hart, running across the middle for a one-time finish. The go-ahead goal late in the first half opened the gates for scoring in the second half. Olivia Gray perfectly placed a free kick in the upper-right-hand corner only 5 minutes into the second half. After more pressure, the Lauren Hart got her 3rd hat-trick of the season scoring twice more for the Eagles to secure the win.

With the victory, the Eagles continue undefeated in conference play.