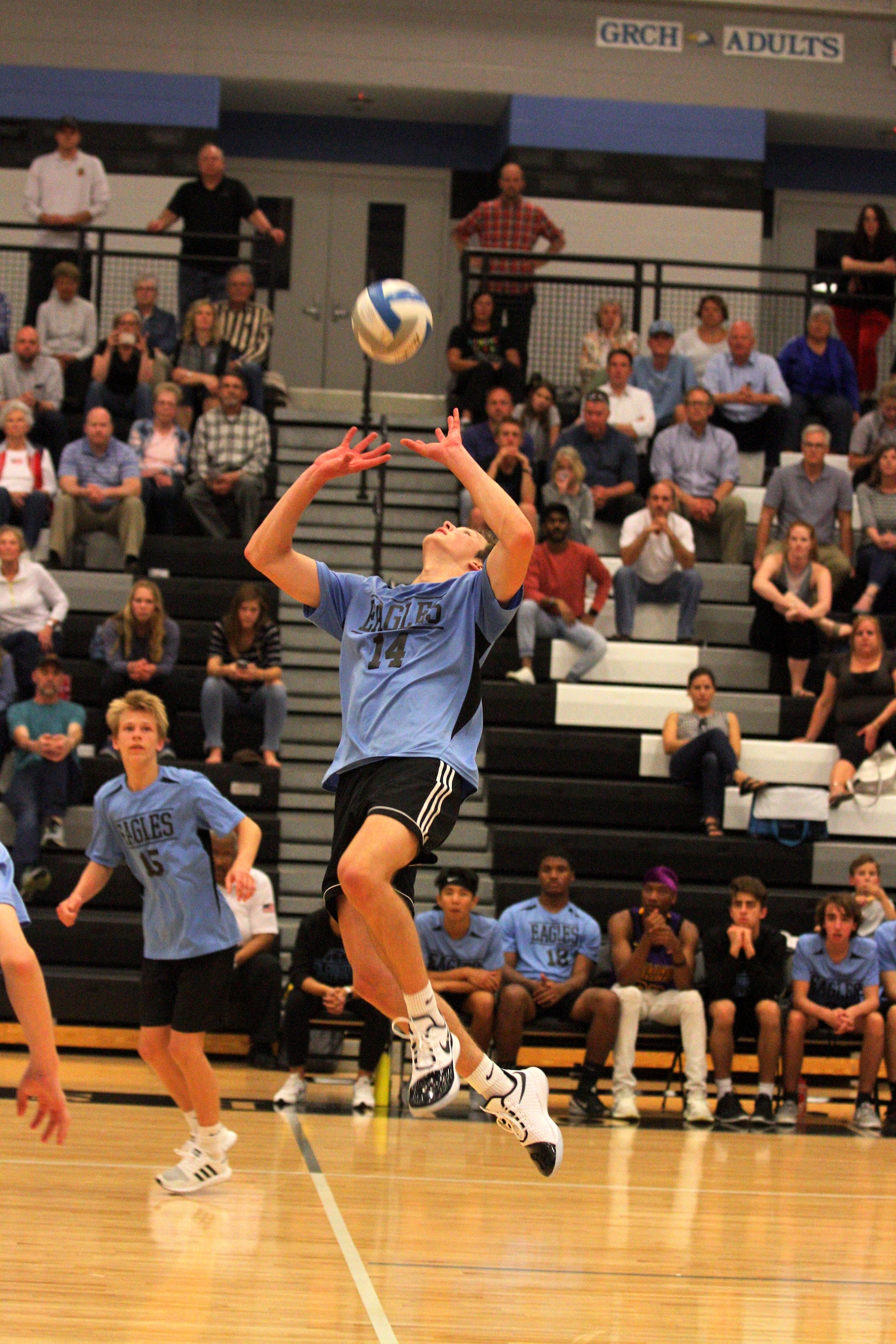 In the first set, the Eagles carried over their semi-finals momentum, building an early lead behind the challenging jump-float serve of freshman setter Sam Seven. The Bucs of Grand Haven, regained their composure and caught up, thanks to steady ball control and an aggressive offense. After a number of lead changes, the Eagles held on for the first set win (25-23), making their early lead pay off.

In the second set, Grand Haven caught a second wind following their tiring five-set semi-final, and amped up their offense behind penetrating outside hitting that exposed the Eagles block and defense. The Eagles and Bucks traded leads late into the set till Grand Haven persevered 27-25. With the momentum shifted, the Bucs continued their offensive attack in the third set. Meanwhile, the Eagles struggled to serve receive, overpassing into the eagerly awaiting Grand Haven front line, who capitalized with easy kills. The Eagles were further challenged by service errors, creating a wider gap that they could not overcome, leading a third set loss (18-25).

Down 1-2, the Eagles were in a must-win situation for the fourth set. The Eagles re-gained some momentum and hope behind the serving of freshman setter Sam Seven and freshman defensive specialist/ right side hitter Tanner Warners. Precise serve receive from sophomore defensive specialist Joe DeVries and Warners translated to a stronger offense with pounding kills from junior outside hitter/ setter Evan May, junior right side hitter Jordan Bergsma and sophomore outside hitter Irvin “Bear” Burt, made possible with assists from sophomore setter Jordan Vanderkamp. This lead to a point separation late in the set, building to a 22-17 advantage for the Eagles, bringing a tie-breaker set within sight. Yet Grand Haven’s steady serve receive converted to more kills from the outside and a late run for the Bucs, passing the Eagles for a heart-breaking fourth set loss (24-26) and the match (23-25, 27-25, 25-18, 26-24).

While this last match was a challenging loss, the Eagles have much to be thankful for and excited about with their Conference co-champion and Regionals runner-up season finish.