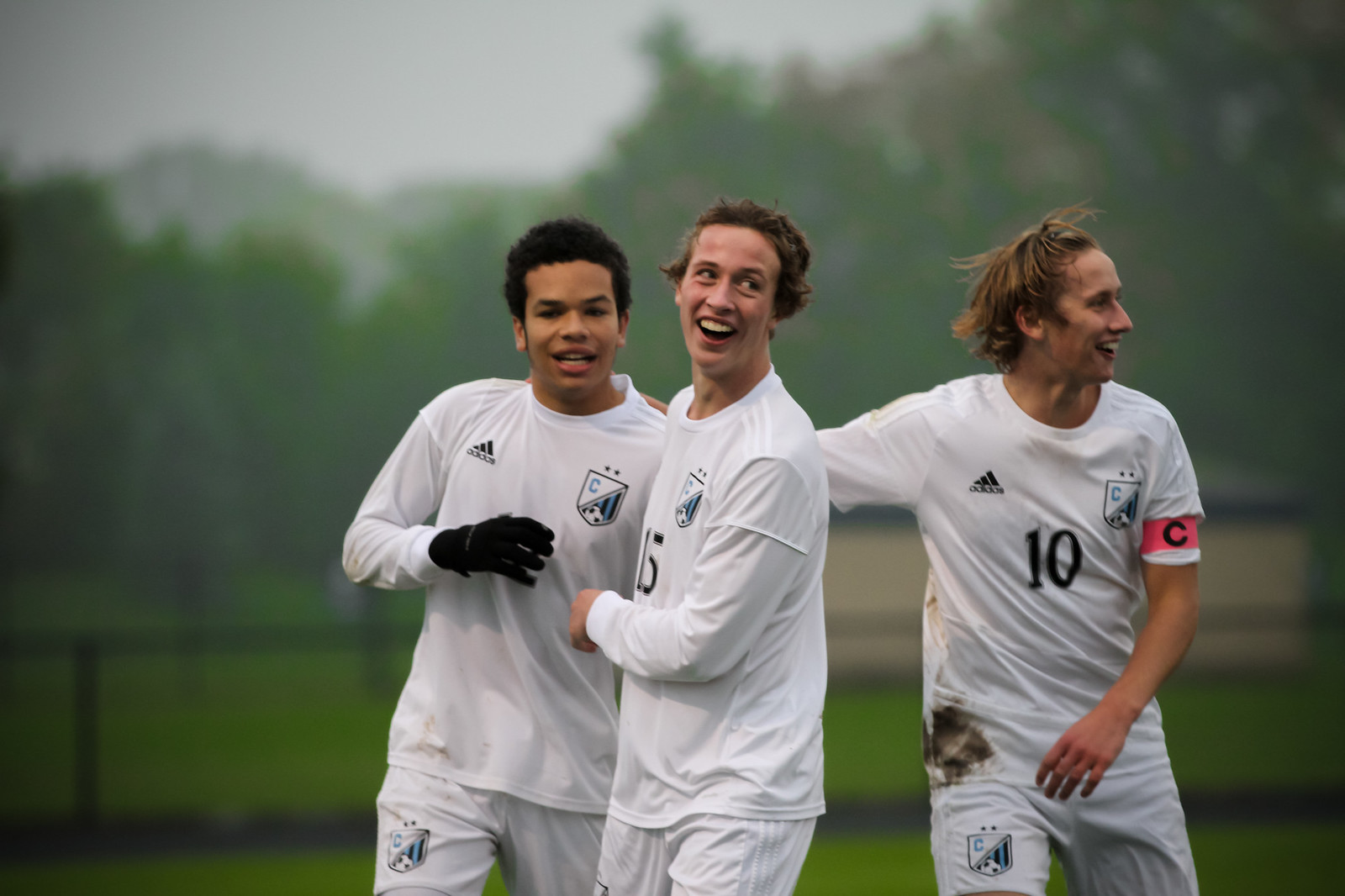 The Eagles wrapped the regular season with a 3-0 victory over Wayland on Tuesday night, capping an 18 win and 1 loss season with a 12-0 OK Gold Conference record. The Seniors showed up big, contributing to all 3 goals in the match. Trey McBride netted the first goal with a “rise up” header on a corner kick sent in from Hunter Ruiter. After the half, Trey netted the second goal of the game after Reed Vanderlugt made a beautiful run up the line to play the ball across the box. The third and final goal of the game was scored by Tommy Visser after Trey played him behind the back line with a through ball. Daniel Wunder and Greyson Parks earned the collective 15th shutout of the season. The Eagles will face Ottawa Hills Tuesday, October 16th at Eagle Stadium to open the first round of Districts.