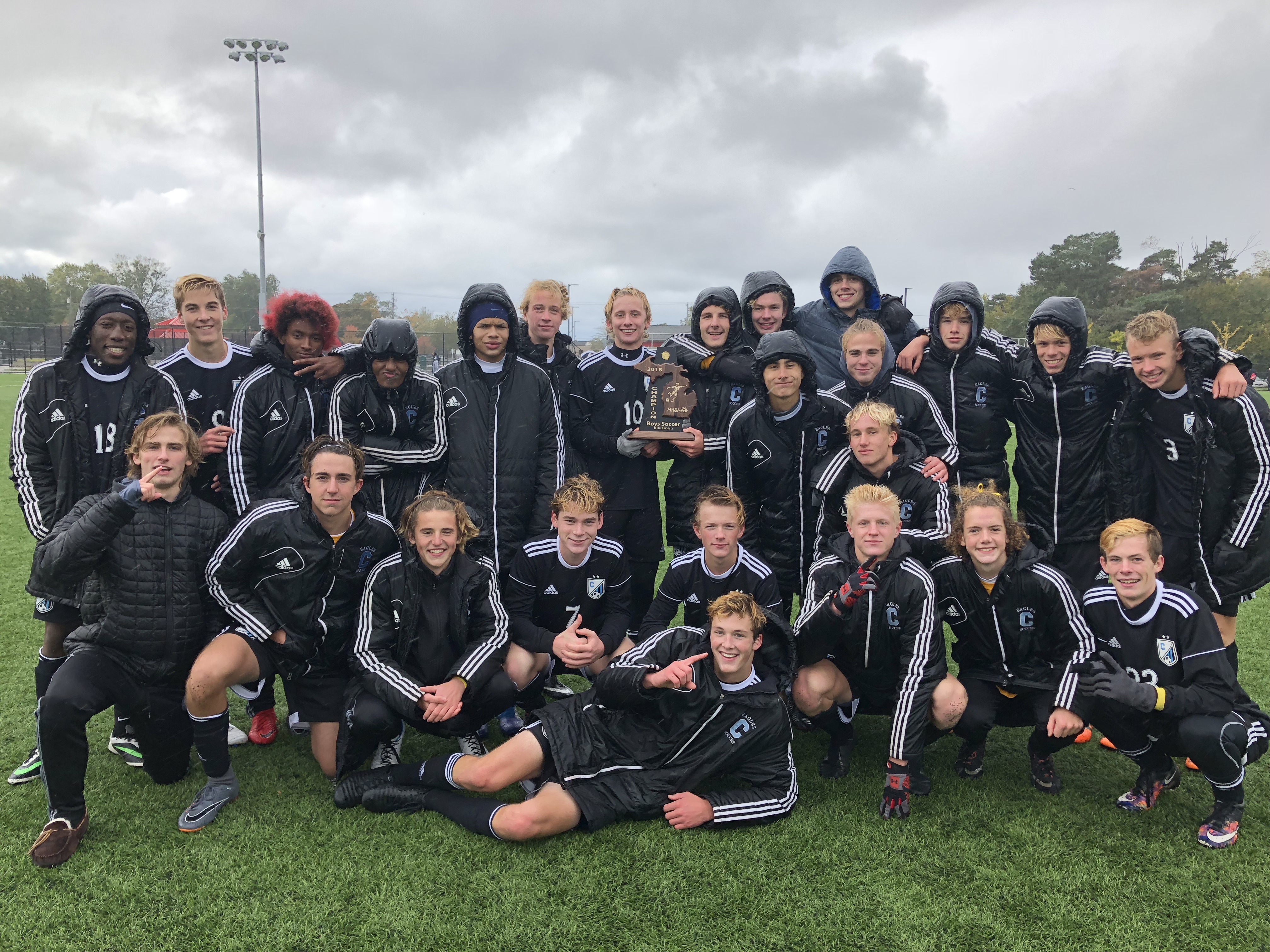 The Eagles took home their second consecutive District title Saturday, defeating Holland Christian 4-1. The name of the day was Hunter Ruiter as he had 2 goals to lock in the Eagle victory. Master Brewer and Tommy Visser rounded out the scoring with Jack Vangoor and Trey McBride notching an assist. The game was a battle in the elements with high winds, rain, and sometimes even hail. GRC got the first goal about midway of the first half when Jack centered a pass to Hunter who would strike it at a distance past the Holland Christain keeper. After the half, the Marrons came out swinging, scoring a goal just 1 minute into play. However, the Eagles responded almost immediately with a second goal from Hunter after Trey sent in a cross. Master Brewer would notch the third goal of the game after pressuring the Maroon back line and sending a shot toward the goal, the keeper struggled to collect it in the elements and it found its way across the goal line. Finally, Evan May earned a PK when the Holland Christian keeper fouled him in the box. Tommy Visser would step in to finish it and seal the game at 4-1. Daniel Wunder and the Eagle defense held firm despite the crazy weather. GR Christian moves on to play Marshall on Tuesday in the Regional Semi-Final. The game will be played at Mattawan at 5 pm.